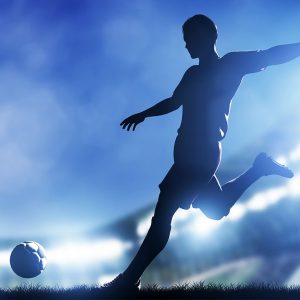 The summer is back and with it, a captivating sports programming for TV: from cricket, through to cycling, golf and tennis, all types of consumers can find something to watch – ranging from the sports aficionados through to those with only a passing interest. This year is particularly noteworthy, with UEFA Euro 2016 and the Olympic Games in Rio set to deliver a significant TV audience boost on a global scale.

When it comes to football, Italy holds a burning, intense passion for the game and a fierce loyalty to the national team. It’s been a highly eventful four years for the ‘Azzurri’; at the 2012 European Championship, Italy negotiated their way through to the final, only to fall to a dominant Spanish side. Two years later, the FIFA World Cup tested the loyalty of the Italian supporters as the national team exited the tournament at the group stage. Regardless of how Italy performs at UEFA Euro 2016, we can guarantee there will be a captivated audience glued to their TV screens, rooting for success. Given Italy has made it through the group stages and into the final 16, RAI must be very pleased that it decided to launch its Ultra High Definition (UHD) channel on Tivùsat for the tournament.

The timing also worked perfectly for both Eutelsat and V-Nova. Eutelsat has been working with RAI for years, and has been heavily involved in bringing about UHD to the masses. Six permanent UHD channels are presently broadcasted on the Eutelsat fleet at four different orbital positions: three of them are operated by Eutelsat as demo channels while the remaining three are operated by Eutelsat customers and can be considered as commercial UHD offers. Eutelsat UHD demo channels are designed to benefit all players in the broadcasting chain who want to acquire expertise in 4K, including production companies, pay-TV operators, rights owners and TV set manufacturers. Eutelsat has been distributing live events in UHD either as a contribution link from the event site to TV studios, to cinemas via DSAT Cinema, or direct-to-home for some time, and time were mature to work on a new, larger-scale challenge.

Since the launch of V-Nova PERSEUS at NAB Show 2015, Eutelsat has been looking for an ideal opportunity to show the synergy between the satellite and efficient compression technologies, and UEFA Euro 2016 presents the ideal opportunity. RAI subcontracted to Eutelsat the entire personalisation and broadcasting of the UHD football matches, which required transporting the International UHD Feed – delivered by UEFA at the International Broadcasting Center – to the Eutelsat Paris-Rambouillet Teleport where the signal is to be personalised. The use of V-Nova PERSEUS™ fulfilled all the prerequisites of bandwidth constriction, remote transmission and high quality delivery over existing infrastructure, which combined to truly demonstrate the extent of V-Nova solutions.

Next-generation compression technology is beginning to transform the way that data and video is transported, stored and secured and we both believe that it provides the right functionality to turn UHD live broadcast into day-to-day services that consumers can access seamlessly in their homes. This project takes it further by demonstrating that leveraging existing infrastructure to contribute 4K quality streams is technically feasible over today’s ubiquitous 1 Gbps networks, making UHD live sports broadcasting commercially viable. The success of this deployment relies on two key factors:

With the coverage of the UEFA Euro 2016 Championship, we have shifted from the testing phase of 4K contribution such as the demo channels launched by Eutelsat and the V-Nova trial for ‘El Clásico’ in November 2015, to large-scale transmissions of content, reaching an estimated audience of up to 200,000 viewers (according to RAI). RAI is not the only broadcaster offering 4K live sports broadcasts however. BeIN Sport in the Middle East and RTP in Portugal are also providing UHD feeds of the UEFA Euro 2016, NBA games are broadcast in 4K in North America and both BT and Sky are promising to extend their 4K premium sports offering in the near future.

Innovation in sports broadcast doesn’t stop here. For instance, NHK and Brazilian broadcaster Rede Globo have already announced that they will trial 8K during the 2016 Olympic Games in Rio. While it’s still very early for the commercial deployment of 8K, with displays barely hitting the shops, this shows that quality will continue to play a central role in the future of sports broadcasting. Better quality is already here, and we are proud to be making UHD quality sports broadcasting a commercial reality while keeping the investment to a bare minimum for broadcasters, operators and consumers alike.