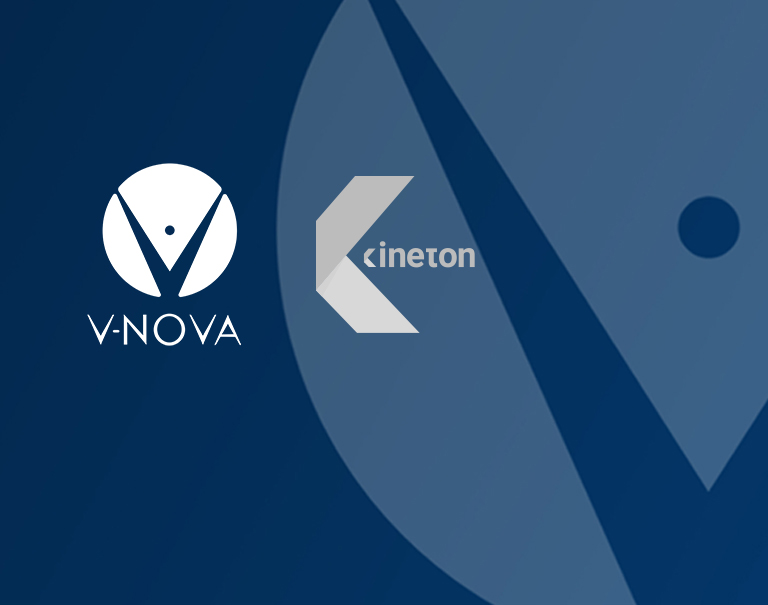 Over 1,000 extensive test scenarios were performed, enhancing two codecs (LCEVC H.264, LCEVC HEVC) on four sets of content of different genres and framerate including local playback and ABR streaming, covering the two main streaming protocols (HLS, DASH).  A range of Android and iOS devices were used to validate the capabilities of V-Nova LCEVC during each of the scenario.

99.7% of all tests proved successful on Android devices, with a 99.8% pass rate on iOS, proving the compatibility and ability of V-Nova LCEVC to facilitate efficient and high-quality video playback at varying bitrates.

Kineton also found that the performance of the hardware chipsets within the devices were not compromised during background tasks, with additional testing of CPU, GPU, memory and battery usage. The product also enhances the playback capability of legacy devices and content.

Guido Meardi, CEO and Co-founder of V-Nova, said, “Kineton is a market leader in its field, and we’re delighted that V-Nova LCEVC has been independently validated following a rigorous 10-week testing process in its state-of-the-art laboratory facilities. For service providers, this validation means that when implementing V-Nova LCEVC in mobile applications, they can do so confidently knowing that it meets the highest performance and reliability standards across all streaming use cases.”

Giovanni Fiengo, CEO and Co-founder of Kineton, said “We are very pleased to be collaborating with such an innovative and international company as V-Nova. Following our exhaustive testing we have confirmed LCEVC’s effectiveness and are confident that the libraries are ready to scale. Many people are now interested in this technology, and we are prepared and will be happy to support them in adopting LCEVC in any real-world deployment.”

V-Nova LCEVC is the industry’s first highly optimized implementation of the MPEG-5 Part 2 Low Complexity Enhancement Video Coding (LCEVC) standard, and benefits from license fees that are either free or low cost. The codec-agnostic ISO/IEC enhancement enables higher quality video at up to 40% lower bitrates than native codecs and improves compression on existing codec standards such as AVC, HEVC, AV1 and VVC. Importantly, it was designed to maintain broad device compatibility at low power consumption, enabling rapid at-scale deployments. Kineton’s laboratory tests found that video-on-demand could be reproduced on a range of mobile devices at resolutions up to 1080p 60 frames per second when subject to increased and decreased bitrate streaming and other typical sources of playback issues, ensuring that end users can benefit from a consistent streaming experience.

To review all of the test summaries, read the full report here.

V-Nova, a London based IP and software company, is dedicated to improving data compression by building a vast portfolio of innovative technologies based on the game-changing use of AI and parallel processing for data, video, imaging, point cloud compression, with applications across several verticals.

This is achieved through deep-science R&D (300+ international patents) and the development of products that test, prove and continuously enhance the technology portfolio.

V-Nova’s business model is to monetize its technologies through software licensing, IP royalties and product sales.

Based in Naples, Turin and Milan, Kineton is one of the few successful scaleups in Southern Italy.

Born in March 2017 from the idea of a group of entrepreneurs, the company provides cutting-edge engineering services by creating and developing innovative solutions in the main technological sectors: Media, Automotive, ICT, Telco, IoT, Gaming and Aerospace. In fact, it develops services and products to manage complex digital systems, from smart TVs to the numerous electronic control units of a car.

Kineton offers its customers years of experience and acquired skills summarized in a targeted quality and high-tech offer that has led, after only four years since its birth, to boast some of the major players in the international market in its customer portfolio.

Its teams assist customers right from the start, managing projects from its state-of-the-art laboratories, tackling problems with innovative solutions and turning ideas into successful projects.

Because these cookies are strictly necessary to deliver the website, refuseing them will have impact how our site functions. You always can block or delete cookies by changing your browser settings and force blocking all cookies on this website. But this will always prompt you to accept/refuse cookies when revisiting our site.