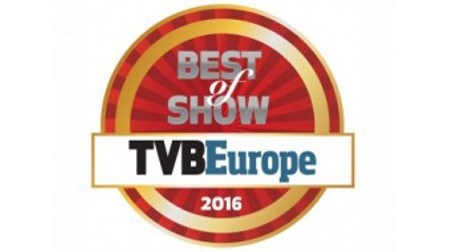 Its IBC press event saw V-Nova announce a strategic partnership with Eutelsat, who is also taking a minority stake in the company. The partnership, which started during a project to contribute 4K live feeds to Italian public broadcaster RAI during the UEFA Euro 2016, will enable both companies to further unlock the latent demand for higher quality HD and UHD video.

IBC also saw Microsoft and V-Nova showcase a live and on-demand multiplatform streaming workflow built on Azure Media Services and powered by PERSEUS. This integration of PERSEUS video compression into the workflow can be used to deliver higher quality video to a wide range of Windows 10 capable devices, including Xbox, smartphones, tablets and the 360 video Hololens.

“Our fourth Best of Show award in a row is the coronation of an incredible 18 months since our launch, during which we made incredible progress, integrated into multiple partner products and ecosystems and deployed PERSEUS in very diverse applications.” said Guido Meardi, CEO and co-founder of V-Nova. “IBC saw us demonstrate how V-Nova PERSEUS is the only solution that can fully unlock the latent demand for video, whether Ultra HD in mature markets, SD video delivered to mobile video in emerging markets or brand new cutting-edge experiences in VR and 360 video. This is further proof of why for so many advanced video applications it just has to be PERSEUS,” concluded Meardi.

If you would like to know more about V-Nova, please e-mail