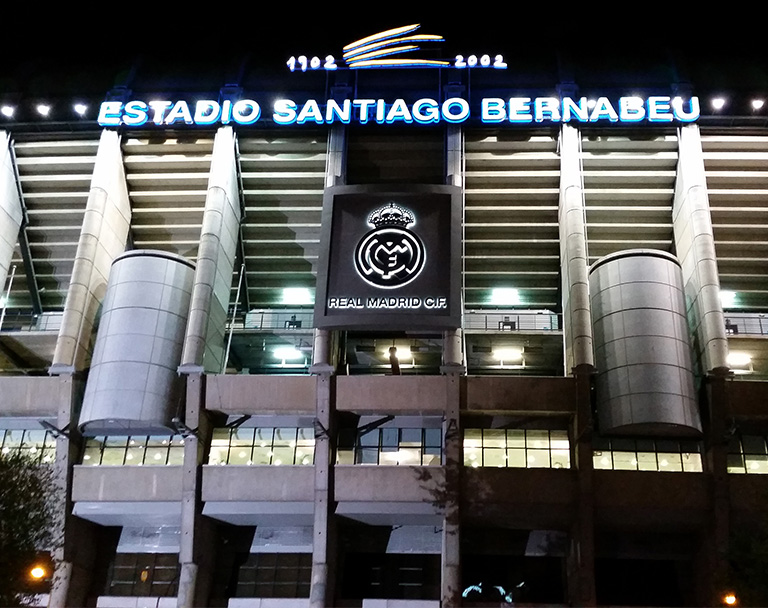 V-Nova Ltd., a leading provider of video compression solutions, announced today that its innovative PERSEUS technology was deployed by Mediapro’s Overon for visually lossless contribution of the November 21 “El Clásico” match between Real Madrid and Barcelona played at the Santiago Bernabau stadium in Madrid, Spain.

The PERSEUS-powered contribution link was a critical part of this first ever Ultra HD transmission of the “El Clásico” match, which was broadcasted on the Canal+ “Liga” channel via Telefonica’s Movistar+ Fibre-to-the-Home (“FTTH”) service.

The Mediapro managed project saw Ultra HD live footage encoded at the stadium by a V-Nova PERSEUS-powered “P.Link” solution and contributed visually lossless content with ultra low latency at 240 Mbps over a 1 Gbps telco fiber connection to the Movistar Master Control Room (MCR) in Madrid. At the MCR, a “P.Link” server decoded the signal, which was then distributed to Canal+ Liga viewers in Spain.

“We chose V-Nova’s PERSEUS solution because it is the only commercially available video compression solution that can contribute multiple visually lossless video feeds over our 1 Gbps telco circuits,” confirmed Overon. “PERSEUS performed flawlessly, playing a critical role in the very first ever live transmission of ”El Clásico” in Ultra HD.”

“Operators and broadcasters wishing to deliver live sports in Ultra HD to their viewers today can only realistically do so by using their current contribution data links in a more effective way. As a reliable, compatible and interoperable upgrade to the existing infrastructure, PERSEUS low-latency visually lossless contribution solutions offer service providers, operators and broadcasters, alike, the ability to deliver new Ultra HD services to paying customers economically and in record time – often within weeks – while also being ready for future additional upgrades such as HDR,” said Guido Meardi, V-Nova CEO & Co-Founder. “In contrast to legacy compression technologies requiring to build new networks and compromise on latency, PERSEUS-based solutions offer a true paradigm shift.”

“Live sports, especially football, present a challenging use case for broadcasters when it comes to compression. The fact that V-Nova’s PERSEUS-powered “P.Link” contribution solution was chosen to broadcast Barcelona vs. Real Madrid, one of football’s greatest duels, is a tribute to PERSEUS’ superior performance and robustness. We are deeply proud to work with industry leaders like Mediapro on this historic first Ultra HD transmission of “El Clásico” to football fans around the World,” concluded Achtmann, V-Nova Executive Chairman & Co-Founder.