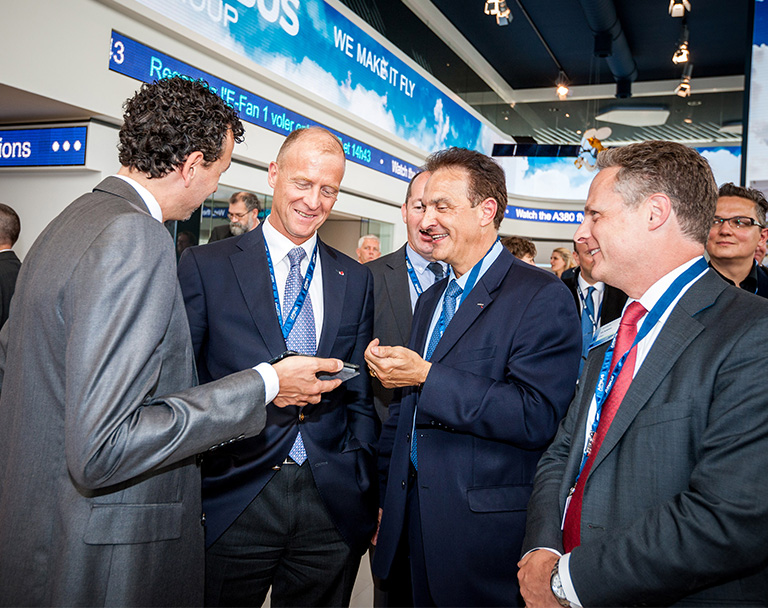 “PERSEUS redefines how signal processing is performed, taking advantage of principles found in nature and, specifically, the way humans and other species process sensory information,” says Guido Meardi, V-Nova CEO & Co-Founder. “The result is a system which can increase signal processing speed, compression and quality – sometimes even by orders of magnitude – using the existing and commercial-off-the-shelf (COTS) hardware, ecosystem, and workflows. PERSEUS’ interoperability with existing legacy codecs and encryption standards is a major additional benefit not offered by other solutions.”

“We are honoured to have been selected to power the Airbus Group Experience. While V-Nova’s first applications were in broadcasting and telecommunications, its applicability is very broad, covering multiple industries including aerospace, telematics, medical imaging, video conferencing and games. We are excited by the far reaching prospects in aerospace and to be working with Airbus Group to make ‘the impossible’ possible and ‘the possible’ more profitable,” closed Eric Achtmann, V-Nova Executive Chairman & Co-Founder.

PERSEUS has been developed and tested over the past five years within an Open Innovation, interoperable coalition of over 20 global industry leaders including Broadcom, Dell, Encompass, Hitachi, Intel, Sky Italia, TataSky, VisualOn, and WyPlay, to name a few. The PERSEUS software is currently offered in the form of bundled hardware, embedded software, codec plug-ins and silicon IP.

Since its April 1, 2015 launch, V-Nova has already enjoyed impressive successes, including the coveted National Association of Broadcasters (NAB) “Best of Show” Award.